Motorsports PR: Brave new media world or: a different preview to the 2017 Formula One season 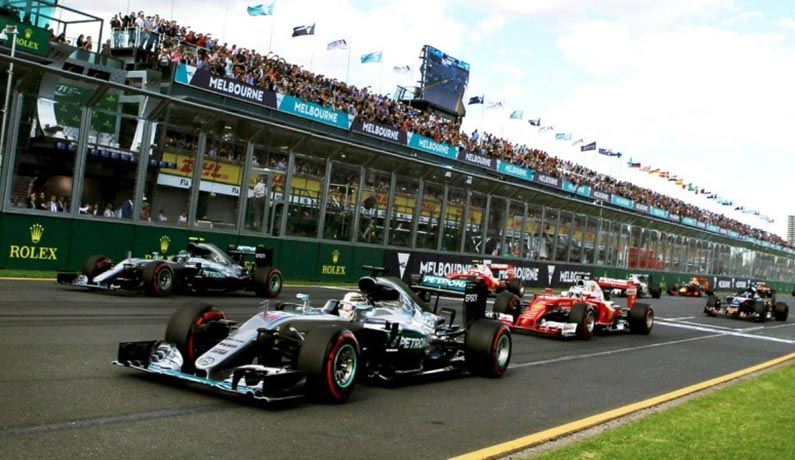 The start of the 2017 Formula One season is imminent. This weekend the cars will take to the track in Melbourne for the Australian GP. Many previews have already been written, so I won’t bore you with another one about the new regulations, the wider tyres or whether Mercedes will still be dominating.

No, instead let’s have a look at a few things that might affect the media and PR side of the sport.

When one door closes, another one opens

When Bernie Ecclestone was ousted rather unceremoniously from Formula One and his life’s work earlier this year by Liberty Media, the new owners of the sport, it was clear that changes would be ahead. And there are. There is a new management and new roles have been created, moving away from Mr. Ecclestone’s tendency to do it all by himself. Liberty Media has also made the prudent decision to take Formula One veterans on board, like Ross Brawn, the new managing director for motorsport, together with people who are new to the sport, thus making it an interesting management mix.

So what’s new outside the technical box?

The new chairman, American Chase Carey, has already said that he wants Formula One to become like Super Ball with entertainment, concerts, VIPs, etc. Personally, I think that 20 Super Balls per year are exactly 19 too many but let’s see how the ‘Formula One Super Ball’ will pan out in the end.

The other thing he said was that he wants the drivers to become the stars of the show. Now, this is not a new idea but a very sensible one. Many people inside the sport have said over the years that Formula One is not about cars, not about the technology, but about the drivers battling it out on the track – and why not – also off the track.

In order for this to happen one thing is fundamental: the teams need to let their drivers speak! But in times of big sponsor money and political correctness, this has become impossible. ‘PR speak’ is not only boring, it is an insult to the driver’s and the fans’ intelligence. If a tyre explodes, there is no nice way of saying it. If the driver is angry, fine. Out with the emotions. Sport is about the athletes, and the essence of Formula One is the drivers.

In that context, I think that Max Verstappen and Lance Stroll are two great additions to Formula One. Simply because they are two outspoken teenagers who don’t care if their PRs are about to have a nervous breakdown. A few of the older drivers also let out the occasional non-PR remark but it’s not quite the same as they have been conditioned by years of PR training and angry team principals.

Formula One drivers should be known for their passion and courage, for pushing the limits and not caring too much. If you ask people who don’t follow Formula One which driver they know, the answer is more often than not ‘Schumacher’ or ‘Senna’, both drivers of a time when things were clearly done differently. Out of the current drivers Lewis Hamilton is probably the most well known outside of Formula One, as he is a real character. And that’s exactly what any healthy sport needs.

A revolution in the paddock

One of the first changes that the new management had made emerged during winter testing in Barcelona last February. Teams and drivers are now allowed, even encouraged, to make short videos from inside the paddock and to publish them on social media. As incredible as it may sound, this is a revolution for Formula One, the pinnacle of motorsports. Mr. Ecclestone had many qualities but understanding the media and PR wasn’t one of them. The only media he understood was television because he could sell them broadcasting rights. So in order to protect the TV stations that paid a lot of money, any form of moving images from a public Formula One event or test was strictly forbidden. If you did it anyway, you were asked to take the footage off the Internet. Second-time offenders were rare…

The fact that fans can finally see short clips of the cars and drivers at a race weekend is a first step in the right direction. It won’t take anything away from the TV stations but it will increase interest and enthusiasm with the younger public in particular.

It remains to be seen how the new management will handle the more complex matters of, for example, moving images for any other purpose than social media, longer extracts of the races on Youtube or accreditation for commercial video photographers.

Social media is a great tool and has a lot of merits. Unbiased reporting is not one of them. So Formula One still needs good journalists to keep the balance between objective reporting and PR. The worst thing that could happen now is that the (old) idea of charging media to report from a race will finally be put into practice and social media will become the nearly exclusive reporting tool, controlled by the teams.

More aggressive looking cars that are harder to drive and make overtaking more difficult should make for more exciting races. Plus a more relaxed use of social media and drivers who say it like it is: 2017 sounds like a good edition.

I am looking forward to it. Are you?

Here’s to your success – on and off the track,