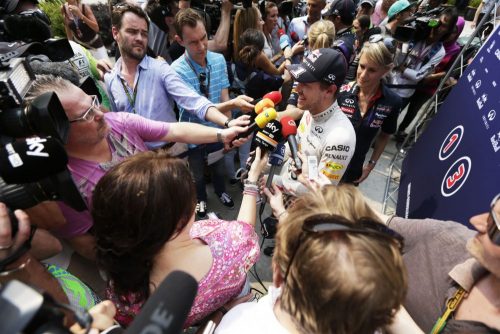 Will Buxton is a sports journalist, specialised in Formula One. Here he talks about why PR and journalism are two sides of the same story, how PR can shape a young driver’s career and what defines a good interview.

Will, in the world of motorsports you have seen and done a lot: from print journalist to TV broadcaster and commentator with a stint as the Director of Communications for the GP2 Series in the mid-2000s. All of that in the space of 15 years. What’s your secret?

I have no idea. I have always been in love with the sport. All I ever wanted to do from the age of 13 was to write about it.

Motorsports is a world full of opportunities you never knew existed. It is a world that rewards perseverance, passion, integrity. And sometimes you’re lucky enough that somebody just says to you ‘hey, did you think about doing this’ and you say ‘no, but that sounds like a lot of fun’. 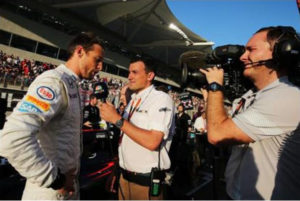 PR and journalism are two very distinctive jobs but the one can’t exist without the other. Would you agree?

Yes. I have always described them as two sides of the same fence. But when you are on one side, you can’t see the other. But without each side, the fence doesn’t exist. They rely on each other for each one to work.

There are very distinct differences though. In PR you don’t always write what you know to be the absolute truth. You add the meat onto the bones to bring the story out in the best possible light. It is the journalist’s job to get to chew through that meat and get to the bones to find the truth of the story.

Let’s talk about young drivers on their way up the motorsport ladder. In order to get to the top, you need talent, money, determination. What else?

You need confidence and faith in your own abilities but at the same time the humility to know that you aren’t a world champion yet. Confidence only goes so far before it becomes arrogance. And nobody wants an arrogant kid.

So you need to have confidence in your own abilities and the humility to learn and take everything on board, so you can grow every time you step in or get out of the car. That is the difference between the kids who think they are the best but never go anywhere and the kids who believe they are the best but also know they have a lot to learn before they can be a Hamilton or a Vettel.

Is PR necessary for a young driver?

PR is really important these days. As a race driver in the modern era, you need advice on how to hold yourself, how to act with the press. You can’t get anywhere in racing without sponsors but sponsors need ambassadors, not an arrogant kid. So if a young driver doesn’t know how to act in certain situations, how to be magnanimous in defeat but also in victory, then he or she won’t go very far. So from a young age, they need somebody to give that advice, to help them grow.

A good example is Lance Stroll. When he came into Formula One this season at only 18, he got Annie Bradshaw on board, one of the most experienced PR managers in motorsport. She has been instrumental in his development. When I first met Lance a few years ago, he was already very talented but it was easy to confuse his confidence with arrogance. Annie has managed to smooth those edges off and to bring out more of his real personality. He has become more approachable and consequently gives better interviews. 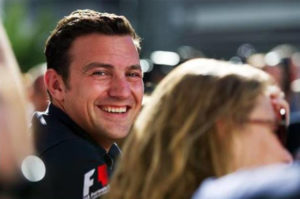 Then take Max Verstappen on the other side. He doesn’t have a personal PR manager. He can be quite closed in interviews and gives you very, very little. You never get a true feeling of who he really is. With Lance, this isn’t the case because he has been trained and advised well.

So would you say it is a good move for a young driver to have a personal PR advisor?

Yes. The drivers who have a personal PR advisor tend to come across better than those who don’t. Particularly in F1 though, the role of the PR manager today is no longer as defined as it once was. For example, in the mandatory post-race interviews there are now drivers who will just turn around and walk off when they have had enough. His PR can’t stop him because the PR has stopped to be somebody who advises. These days they tend to be more personal assistants.

Luckily, this is not the case in junior series where the PR manager is more of a confidante, an advisor, almost half manager, half psychologist. They help the driver to stay calm. They accompany him on his way through the ranks, which is very important.

What about bad PR? Can that be more damaging than no PR at all?

Yes, I think it can. Having somebody giving the wrong advice, the wrong ideas, that can be very damaging.

Think of Lewis Hamilton and his PR stunt at the 2008 Turkish GP. He was lowered down during a stage show in a harness. He looked like he was wearing a giant diaper. It might have given his sponsor a lot of coverage but it really gave the wrong image. A prime example of PR gone really wrong. You should never put a driver in a situation where they’re going to look silly. Maybe that’s one of the reasons why Lewis is so guarded over what he does and doesn’t do these days.

It is a difficult question though because no PR can leave you in a difficult spot too. Look at Daniil Kvyart’s current situation (editor’s note: having lost his Toro Rosso seat after this year’s Mexican GP to Pierre Gasly). He is in a sort of no-man’s land with no management, no PR advisor. There is nobody to bring the story under control, nobody who goes to the media and gives some background information, which is a very important element of PR that often and if done well, goes unnoticed. Even a lot of drivers don’t know their PRs do that kind of thing, because they don’t see it first-hand and it is kept very much behind closed doors.

Putting your journalist hat on, on a level from 1-10, how much do you hate PR?

I don’t hate PR because PR done well gives us journalists what we need. We get information and access to drivers. A good PR manager will always respond in a positive way to a journalist’s request and see if it’s possible. On the other hand, there is the bad PR manager who will only obstruct your work and always say ‘no’. So you stop asking.

PR is about facilitating access, not obstructing it. PR that is intentionally restrictive is not PR to me. When it stops being helpful, it stops being PR. It puts the whole entity in a bad light, so by definition that is not PR.

What defines a good interview?

The core thing, and it is really difficult for young drivers, is to be honest without saying the wrong thing. But if you are just focused on saying what you think is the right thing, you lose an element of your personality. Then again, when you are completely yourself there is a chance that you might say too much. That’s a really hard line to tread.

Somebody who gives great interviews is Daniel Ricciardo. He actually listens to the question. When you ask a very detailed question, most drivers will give you a stock answer they have given six times before. Daniel actually listens and tries to give you a real answer. He keeps going until he stops and says ‘ah, I shouldn’t have said that’. As a journalist, you appreciate that he is honest and doesn’t have a pre-planned answer. That’s why you never see a negative story about Daniel.

Yes and no. It is a difficult thing to say for example that the tyres are shit because there are companies behind it, sponsors, money… But there is a way to say the same thing without throwing anybody under the bus. You could say ‘I had a real problem with the tyres today. I couldn’t get them to work.’ Admittedly, that’s a hard thing to do when you are 16, 17. So again, that’s why you need somebody to advise you.

Coming back to you personally: the NBC’s F1 contract won’t be renewed for 2018. Where does that leave you?

I’m really not sure yet. I am talking to a few people and working on some potentially really fun projects. I am writing a book over the winter, my first, and I’m hugely excited about that. Let’s see how it goes. If the worst comes to the worst I will leave with my head held high after 17 brilliant years in motorsports and I will go and train to be a history teacher. Teaching is about getting other people excited about something you love. So not too different to what I do now, I guess. It’s something I’ve always wanted to do.

Thank you for this interview, Will!