Interview – “PR will help you tell your story – but make sure it fits your personality!”

Alexa Quintin is Head of Communications for the Formula 2 and GP3 series. In this interview, she talks about the one advice she always gives a young driver, why social media is a blessing in disguise and how a young driver can learn the ropes of today’s PR. Alexa, how did you get into motorsports? […]
Read Article 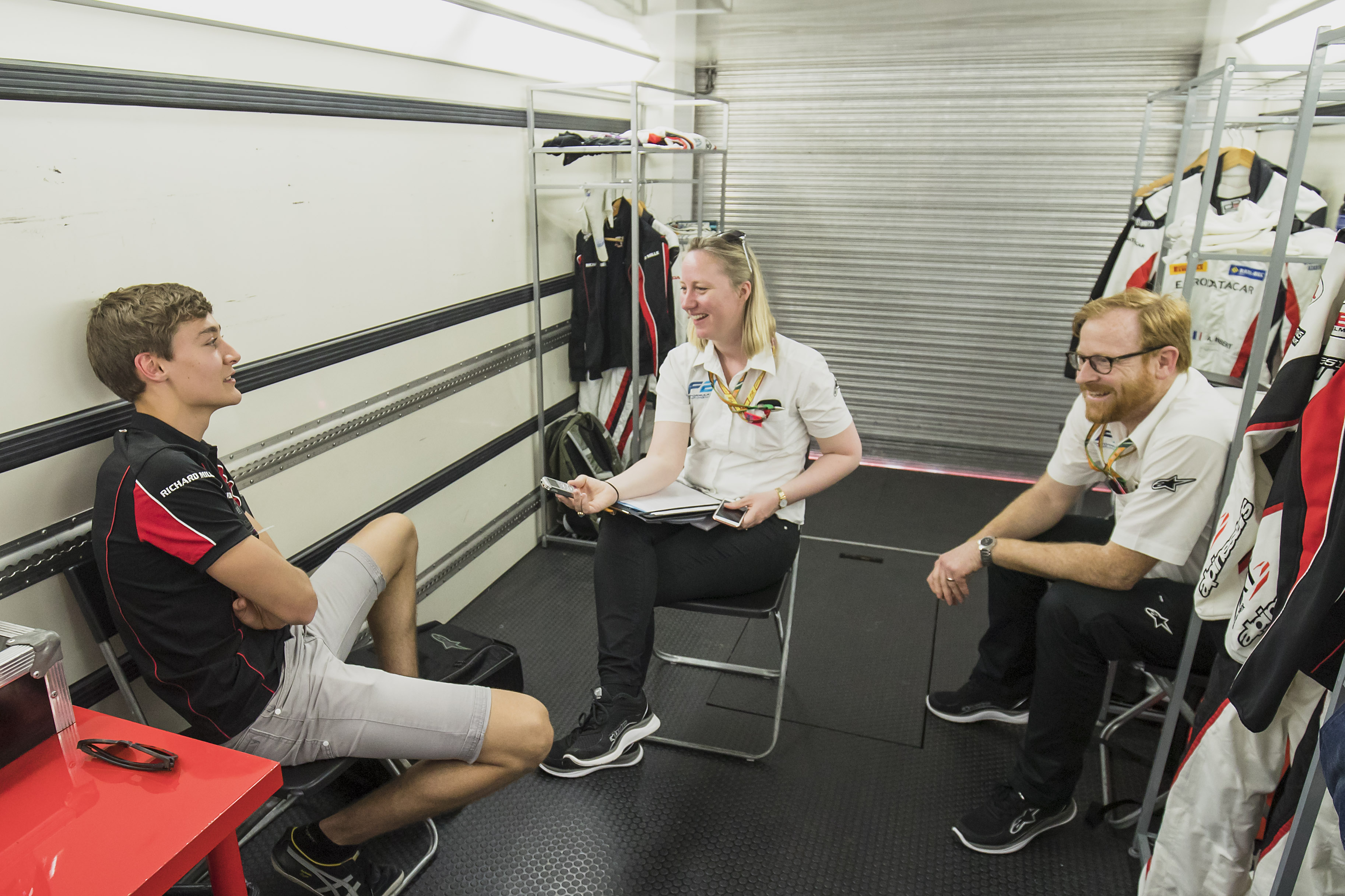 Alexa Quintin is Head of Communications for the Formula 2 and GP3 series. In this interview, she talks about the one advice she always gives a young driver, why social media is a blessing in disguise and how a young driver can learn the ropes of today’s PR.

Alexa, how did you get into motorsports?

I initially studied communications and worked as an assistant TV producer for a couple of years. When I realised that it wasn’t what I wanted to do after all, I returned to communications. I got a job at a small PR agency in Paris and through them, I met the then communications manager of Prost GP, Patrizia Spinelli. She offered me a job, looking after the marketing and image of all their merchandise. That was my first real contact with the world of international motorsports. I followed Patrizia to Renault F1 where I worked as the press officer for the Renault Driver Development Programme for a number of years.
In 2008, I took over from Will Buxton as Head of Communications for GP2 (today renamed FIA Formula 2). I have also been in charge of communications for the GP3 series ever since its inauguration in 2010.

What does your job as Head of Communication for the Formula 2 and GP3 series involve?

It is difficult to explain as it involves so many different things. I always feel that I am forgetting something! Overall, I make sure that the right information regarding both series is distributed to the right people in a timely manner. That can be the factual race results or more general communication for both series. 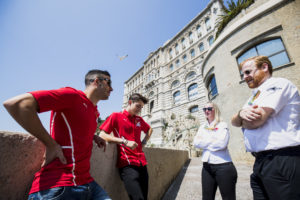 Every year you see young drivers coming into GP3. Is there one PR advice you always give them?

Before I even meet with them, I look at what they do PR-wise and I check their social media activity. Should they not be on social media, that’s the first advice I give them: get on it! Social media is first and foremost for young people, so it is only natural for them to be on social media. Once I meet them and get to know them a bit better, we start talking about their image and how to handle it in the right way.
The second advice I give them is ‘always think before you tweet’. Especially when you are young, you tend to tweet the first thing that comes to your mind when you get out of the car and you are upset for whatever reason. Then you might tweet something that you’ll regret. When you say something on social media these days, you tell it to the world. It can really hurt your image.

Do you think that social media has made a young driver’s life easier or harder?

It really depends on how it is used. For young drivers, social media isn’t just a way to talk about their racing career but about their everyday life as well. This means they have to find the right balance between using it as a way of raising their profile and as a private person wanting to talk about the latest film they saw. The next question is how much do you want to open that door to your private life and show who you really are?
Social media is definitely a good tool to build your image and to show yourself in a positive light. However, you need to make sure that the image you portray corresponds to the person you really are. Although PR is a lot about social media, you still get to meet people in real life. And when there is a gap between the real you and the social media you, that’s a problem.
It is important that your PR fits your personality. In case you don’t do your own PR, make sure that the person who does it for you, knows who you are and what is best for you as a person.

Would you say that every young driver should actively pursue his own PR? Or is it enough just to be successful and win?

You really need PR because you can be successful one day and then the next you’re not anymore. It doesn’t matter what your results are: you need to make sure that people talk about you. And let’s not forget an important part of motorsports: sponsorship. It is true that it is easier to attract sponsors when you are doing well. But it is possible that when you move to another category, all of a sudden you are not doing so well. If that happens, it doesn’t necessarily mean that your career is over. All you have to do is stay in touch with the media, your sponsors and your fans. Make sure they understand that you keep on working hard and that you are still a professional. PR will help you do that.

What would you say to a driver who says ‘my team is doing my PR, I don’t need to do anything else myself’.

I would say it is not enough. The team will always have an angle to a story that is the team’s angle and there might be another angle there for your point of view. I don’t mean that you should disagree with the team’s story – you are a team and you have to work together – but you may not have the same target media for example. Let’s say the team is Italian and you are from Norway, you will still want to reach those Norwegian media that the team is unlikely to have in their contacts. To do PR in your home country is important because that’s probably where your sponsors come from as well. You might also have to go into more detail about your team or the championship for your target media as they might not be specialised in motorsports.
So yes, it is best to have a team that does a good job at PR. That’s a chance, and an asset. Nevertheless, you still need to have your own PR. But make sure you coordinate your PR with your team. You have to work as a team, also in terms of communication.

How can young drivers get the necessary PR skills, so that they know for example how to give a good interview or how to master the pitfalls of social media?

Some are talented and lucky enough to be in a young driver programme such as the Renault, McLaren, Ferrari or Red Bull programme. PR is addressed there as an important part of the job.
Otherwise, you can learn from your mistakes. Because you will make mistakes, you will say or tweet the wrong thing. And when you do, you need to understand why it was a mistake and learn from it. That’s an important element on your way to the top. Do at least one PR course. Meet someone who is a PR professional who knows motorsport. That’s important because it is a very specific world, so you need somebody who knows the sport from the inside. And finally, it helps to find a couple of journalists early on in your career who will guide you and give you some insight into how they work. It will help you understand the media and their requirements better.

But whatever you do, focus on your main job, which is driving a car, and get a PR professional to do their job on your behalf. Because it is scary when you become a public figure, it is not easy. Don’t assume you can do it alone.