You could also ask the question ‘How PR has changed Formula One’ over the last decade. The approach is not quite the same but the answer is YES for both. With the arrival of the Internet and social media there is hardly an industry that hasn’t changed, Formula One being no exception. The first website […]
Read Article 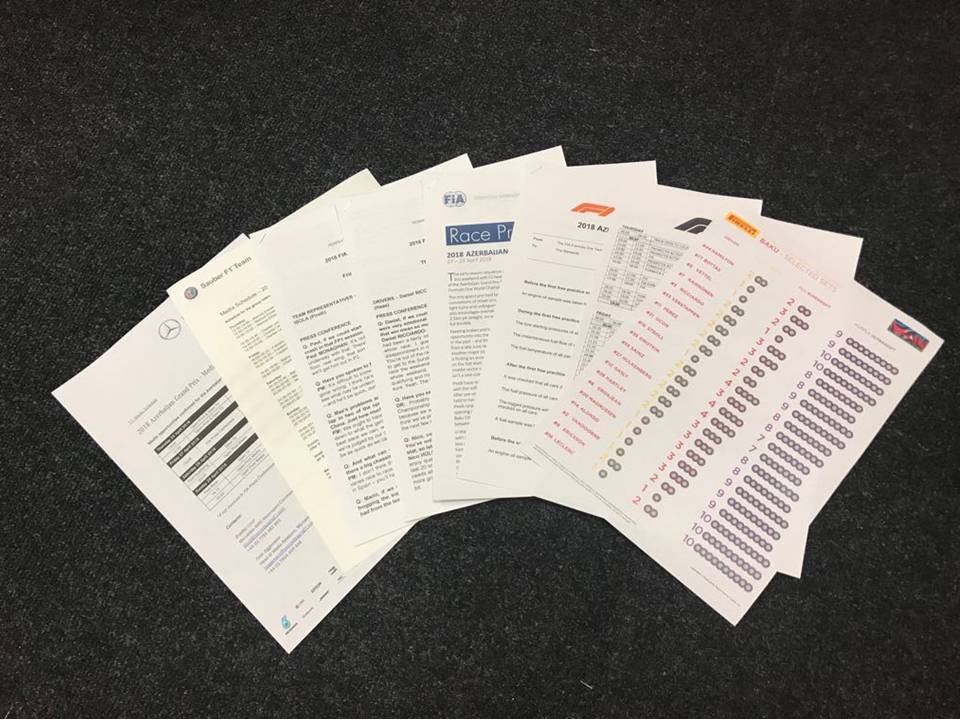 You could also ask the question ‘How PR has changed Formula One’ over the last decade. The approach is not quite the same but the answer is YES for both. With the arrival of the Internet and social media there is hardly an industry that hasn’t changed, Formula One being no exception.

The first website accreditations in Formula One are very recent

Rewind 10 years: 2008 marks the year of the first websites being accredited in Formula One as an independent medium. I know, because I drew up the first accreditation regulations for websites in 2006 and the procedure was then trialed in for a year. The reason why it took so long wasn’t that websites weren’t acknowledged as media in their own right, there simply was a fight going on behind the scenes between the FIA and FOM (Bernie Ecclestone’s company at the time) about who should accredit them. Should they be associated with print media, at a time when stand-alone motorsport websites were only just starting out, or were they electronic media like TV? The first is traditionally FIA territory, the latter FOM’s. In the end, the FIA won through the back door by accrediting only websites that were attached to a print medium. A compromise that didn’t last long as soon it became impossible to ignore stand-alone websites.

Nevertheless, the FIA didn’t have any active social media channels until 2011 and teams weren’t allowed to post any moving images from the paddock until last year. Not very modern for the pinnacle of motorsports, right?

With Liberty Media buying Formula One at the end of 2016, the sport has finally arrived in the modern world. Even Kimi Räikkönen has succumbed and can now be found as a very active user on Instagram. The only current F1 driver who refuses to use social media is Sebastian Vettel. And I applaud him for it. Why? Well, I am a firm believer that your PR must fit your personality. If you force yourself to do something just because ‘that’s how it is done’, then it will show and eventually backfire. So kudos to Sebastian that he isn’t afraid to stand out. He prefers to attend fan events than posting meaningless photos of him on Twitter & Co. Not being on social media is his USP, his Unique Selling Point, the one thing that distinguishes him from all the other drivers. That’s an achievement as it becomes increasingly difficult to stand out in today’s fast media world without doing or saying silly things that grab people’s attention but destroy your image…

So how is PR done in the paddock these days?

10 years ago, PR was done to last. When an image film cost 30.000 €, attention was paid to the storyboard and whether or not the film would fit the company’s communication strategy for at least a year. Today it is easy to produce a lot of videos, podcasts, vlogs, blogs, Facebook Lives – you name it – in a short amount of time. Certainly, using modern digital tools keeps the costs down but not necessarily frees up more time, not for the drivers, not for their PR managers or even the media. The fact that you CAN produce a lot also means you have no excuse to not produce a lot.

Not all of the PR material produced by F1 teams is of course meaningless. Quite the contrary. It has helped media and fans to get access, to get information from behind the scenes, something they wouldn’t normally get and never got before. The Mercedes F1 team, for example, produces a short video with one of their leading engineers after each race to explain the main facts from a technical point of view. That’s very useful for the media and interesting for the fans.

A decade ago, the press releases that the teams produced at the end of each day were printed and distributed one by one to the journalists in the media centre. The Internet didn’t always work that well at the race track (funnily enough there are still places where that’s the case) and email distribution lists were a little more complicated than they are today. Was it time-consuming? Sure, but it also kept the personal contact between the PR managers and the media. When in 2009 or so McLaren was the first team to decide not to print and distribute their press releases in the media centre any more, they had to get approval from the FIA! Today, some of the teams only print out a few copies of their press releases and put them in the media centre for local media that haven’t (yet) signed up to their mailing list. It’s a process that works fine unless you want Ferrari’s press releases. How they decide who gets and who doesn’t get their releases has always been a mystery to me…

So have the changes in PR been good for F1?

It depends. Like with most things, it is about compromise. Take the press release distribution. It is costly, takes time and is not environmentally friendly. But when I was Head of Comms at Pirelli F1, I only put a few printed copies in the media centre each day but I made sure to distribute one to each journalist on the Sunday after the race. Like that, I made sure that all journalists had a chance to speak to me and ask any remaining questions before going to press.

It’s the same with social media. You do need it to get to generation Y and Z who have grown up with the Internet and wouldn’t dream of watching a (whole) race on TV. For the older generations, like the baby boomers, TV is still the preferred means of watching sports events and most of them probably don’t get the hype about all the hashtags.

In my opinion, it is possible though to do too much of a good thing, particularly if you do it all at once. Liberty has been trying to bring F1 to the 21st century with e-sports championships, OTT offers and a Netflix documentary that will show the behind-the-scenes of F1. All great ideas but they also take time away from a driver’s already very busy schedule, and, as a consequence, from the traditional media because that’s the only part that can be reduced easily.

I explained the consequences of this in a previous article, so I won’t get into the details here. Just think about this: If media at a race track cannot get sufficient access to drivers or team members, their only reason to be at a race will be gone. And so will they. Less media means less coverage, means fewer people reading and watching F1, means fewer people going to races and less income for race tracks, means less sponsor interest…

One thing is for sure though. The changes are great for the fans, especially the younger ones. They get more access to the drivers, there are fans zones with special activities, great after-race concerts and street parades before a race. And contrary to media commitments, most drivers really like the interaction with their fans.

Today, media like Formula One, need to stand out to resist competition. Imagination and thinking out of the box are good attitudes but so are restraint and weighing up of options.