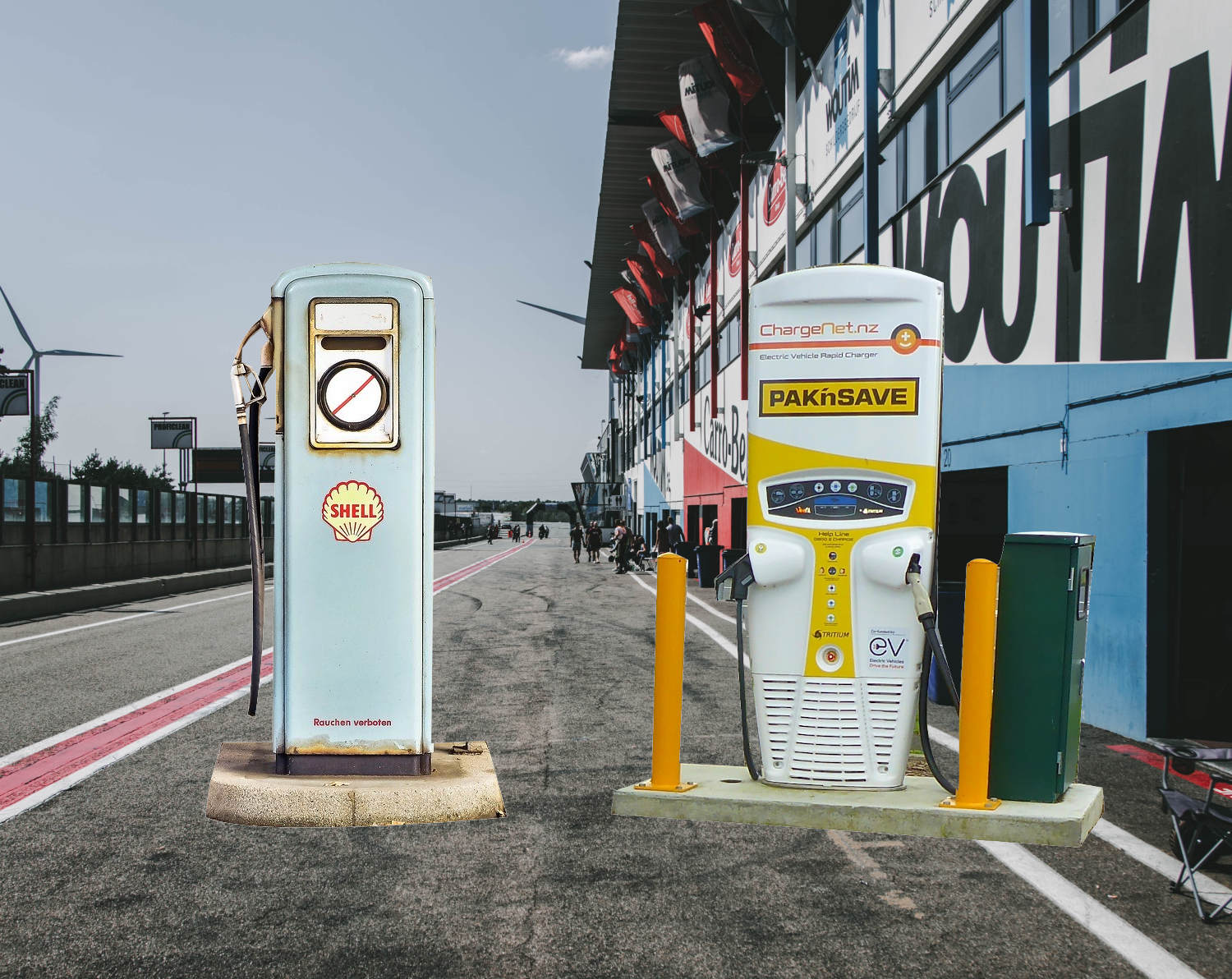 On the face of it, you may as well ask if tea can exist alongside coffee. But many people think that Formula 1 and Formula E are on an inexorable collision course  – perhaps with Formula E eventually overtaking what has always been the undisputed king of single-seater series.

After all, there are considerably more manufacturers now involved in Formula E than Formula 1, including all the big hitters: Porsche, Mercedes, BMW, Audi…you name it. Formula E also manages to penetrate the big cities in a way that F1 can achieve only in Monaco or Singapore, placing it right in the epicentres of population.

But most importantly of all, Formula E is meant to have captured the green zeitgeist of the woke generation, who are increasingly being brought up to believe that all forms of fossil fuel are bad and that only electricity is good (despite the current F1 engines being the most thermally efficient ever).

A bit like veganism, environmental awareness has gone from being a niche interest to a mass global movement, backed up by the actions of governments, car manufacturers and celebrities. Given that motorsport is now a marketing business first and foremost, surely the eventual supremacy of Formula E is almost a given?

After all, it’s very effectively communicating the environmental message that manufacturers are desperate to send out, at a small fraction of the cost that a Formula 1 campaign entails, using dramatic and futuristic-looking cars. You can even watch it free and live on TV in several countries. What is there not to like?

The main problem with electrical energy lies further down the supply chain. While it’s true that electric cars produce zero emissions, the processes used to make them certainly don’t. So car manufacturers are still looking for perfect solutions: it’s likely that, when it comes to future mobility, electric cars will just be a stopgap: in the way that DVDs were essentially a bridge between video and streaming.

Whether it’s hydrogen or something else we haven’t even thought of yet that follows electric power is something that only the future can tell. But in the end, motorsport will always follow the trend that the majority of manufacturers are trying to promote. For now, it’s electric power. Tomorrow, who knows? It could be a mix of a number of different technologies. And in order to provide a cutting-edge research and development platform for them, an advanced form of motorsport will always be relevant.

As the current taste for high-waisted jeans shows, all trends are cyclical. Formula 1 originally started as a sport for garagistes – which then became increasingly professional with the arrival of manufacturers and sponsors – before morphing into the multi-million dollar technical arms race that it is now.

The governing body now has a number of working groups that aim to actively build entertainment into F1. But it’s more difficult than ever to guarantee this, as entertainment derives from spectacle as well as the occasional lapse – and these are both natural enemies of going quickly.

But that’s only for now, because manufacturers have pretty much mastered the current formula. As the next chapter of technology starts getting more experimental – in line with whatever power source car manufacturers want to look into next – there will be bigger discrepancies.

In 2021, Formula 1 will adopt new regulations that are designed to take the sport in a slightly different direction. These new rules – although not even current yet – are definitely a stop gap: a bridge between the current internal combustion plus hybrid plus turbo formula (introduced in 2014) and whatever comes next. Which is likely to be much more radical.

Time to make a change

So let’s enjoy this transition. Because rather than technology, the latest 2021 rules actually focus on entertainment – and that’s in part due to the growth of Formula E, which is conveniently providing the current technological showcase for what is popularly known as “future mobility.”

This provides an opportunity for Formula 1 to go back to its roots of being a visceral test of bravery and raw skill, rather than just a billboard for automotive technology.

Motor sport by its very essence will never be politically correct (despite a pledge from F1 to become carbon neutral by 2030) but Formula E is as close as it gets to being so. And with Formula E ticking that box, this leaves the way clear for Formula 1 to be the pure escapism from the modern world that it always used to be, unfettered from the need to be strictly ‘relevant’: until the next new technology comes along. So think of the 2021 rules as a breathing space. A chance to prove that it’s not always about scientific self-justification, more art for art’s sake.

NASCAR, after all, is hardly the last word when it comes to technology, ecology and pay TV, yet it’s doing just fine, with plenty of blue chip sponsors, simply because it’s accessible and spectacular.

And that’s why, in the end, Formula 1 and Formula E can happily co-exist for now: there’s no need to even ask the question. It’s what happens next that will make the real difference.